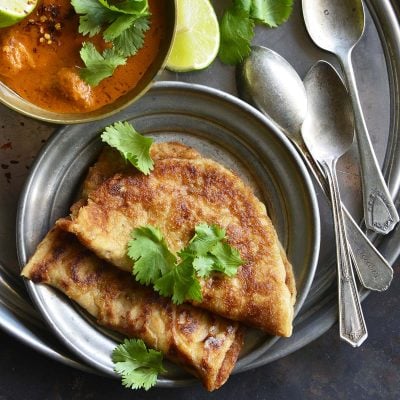 Posted on November 2, 2018 By Faith Gorsky
Jump to RecipePrint Recipe 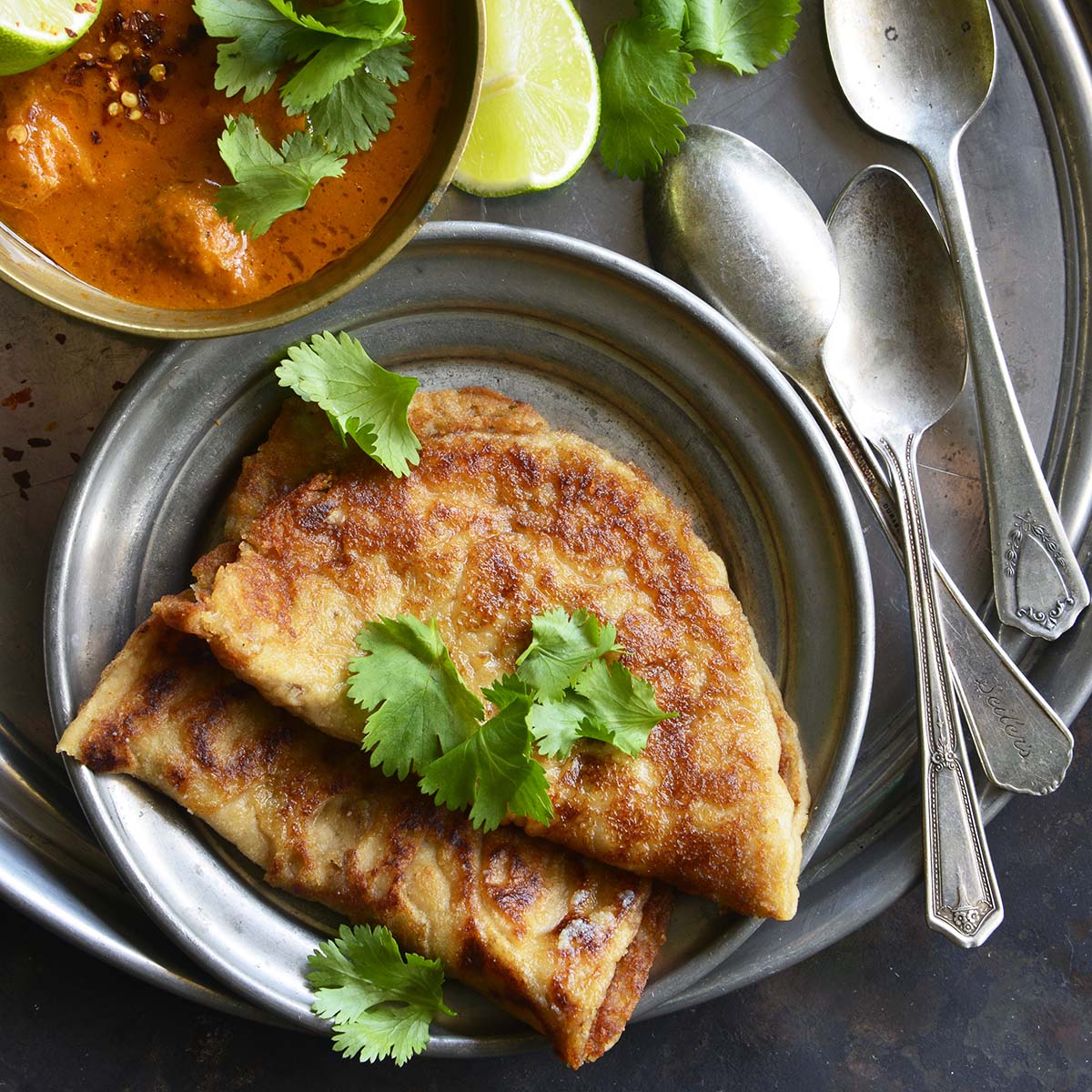 This Crispy Low Carb Indian Flatbread Recipe has great flavor and texture; it’s chewy inside and crispy outside! 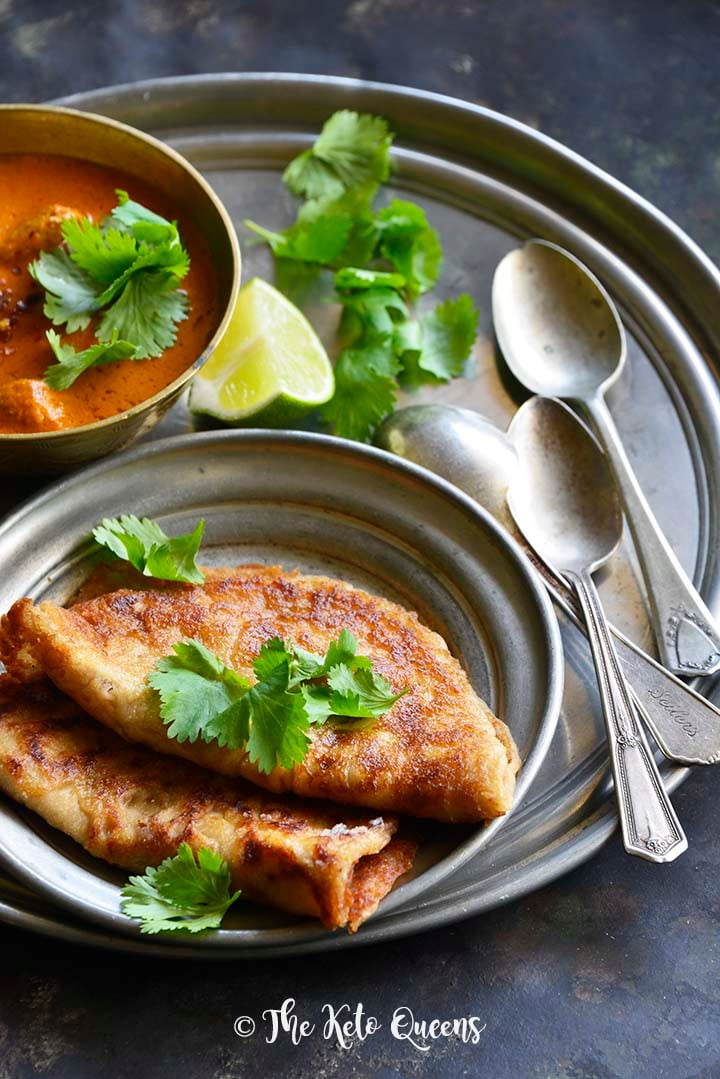 We are the first to admit that we can never get enough Indian food! We love it all, everything from tandoori chicken, to tikka masala, makhani, vegetable curries, pilafs, and flatbreads. When it comes to flavorful food, Indian cuisine is king. After going keto, we couldn’t wait to come up with a keto-friendly low carb Indian flatbread recipe to eat with our favorite curries!

Difference Between Naan and Pita Bread

Naan and pita are similar types of flatbread that are surprisingly quite different. The differences start with the ingredients; pita is made from a lean dough (usually flour, water, yeast, and salt), while naan has things like yogurt, milk, and/or eggs added. Additionally, pita bread and naan bread are cooked differently. Pita is cooked in a very hot oven to achieve the pocket inside, while naan is traditionally cooked on the side of a tandoor (clay) oven, which causes the dough to bubble up. Naan ends up being lighter and fluffier, without a pocket inside.

How Many Carbs Are in Naan Bread?

According to the USDA National Nutrient Database, 1 serving (113g) of naan bread has the following nutrition information:

Over here at The Keto Queens, we love Indian food and naan bread has always been one of our favorites. Naan is perfect for soaking up all those flavorful sauces! After going keto, we don’t eat regular naan, but we do have a few favorite low carb bread-y recipes that we use as substitutions for naan: 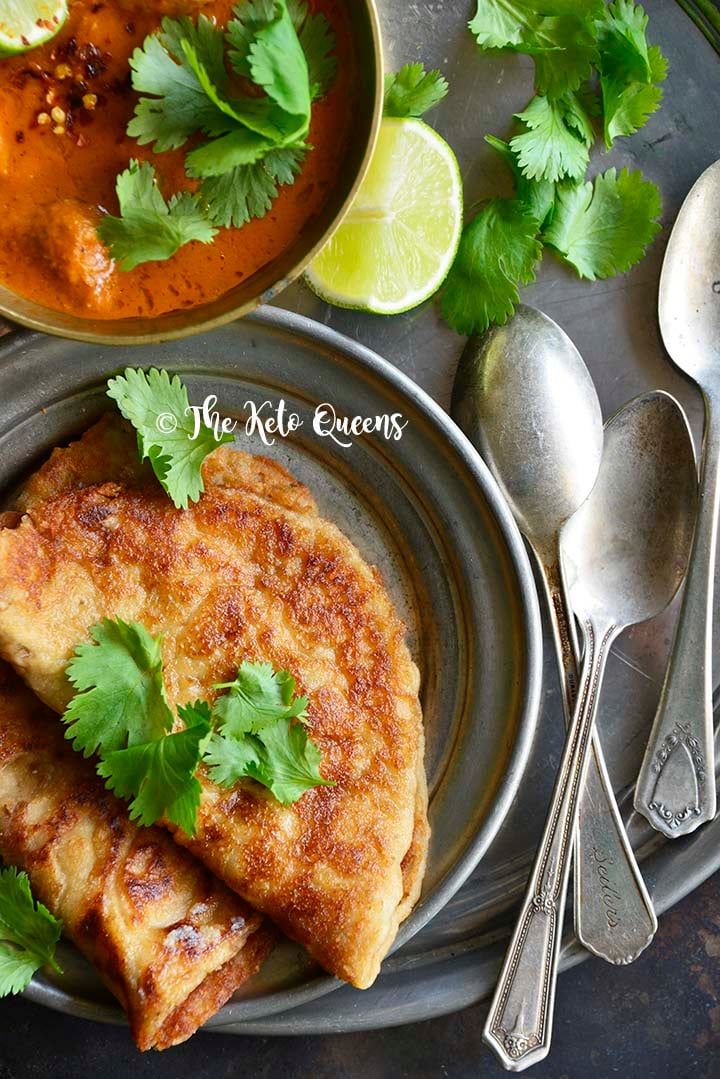 We’ve played around with different grain-free flours in a few different keto-friendly flatbread recipes. We’ve found that a combination of coconut flour and psyllium husk powder yields the best results in terms of flavor and texture in this Crispy Low Carb Indian Flatbread recipe. Coconut flour is high in fiber and as a result, it absorbs a lot of liquid. We keep it simple in this recipe and use water.

We cooked this Crispy Low Carb Indian Flatbread in a little fat (we used KetoSports KetOil, which is a blend of ghee and coconut oil) in a skillet on the stovetop. This results in a pleasantly crispy exterior, which is a nice contrast to the chewy interior of this flatbread.

We use beef gelatin in a few different keto recipes (including our chocolate brownies) because it acts as a binder. Beef gelatin improves the texture of keto baked goods and adds a bit of chewiness that gluten free baked goods are sometimes missing because of their lack of gluten.

Here we use a bit of psyllium husk powder to help improve the texture of our Crispy Low Carb Indian Flatbread. It makes it a bit lighter and more bread-y. 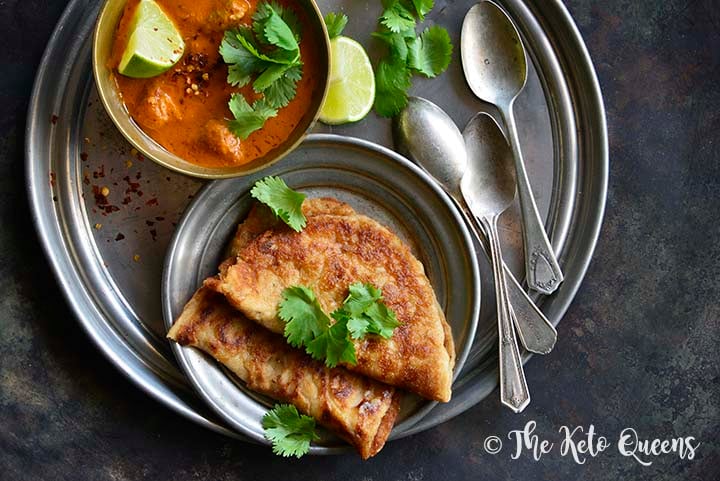 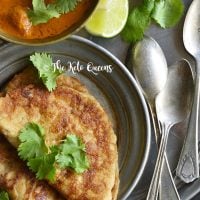 Net Carbs: 3g per serving (1 flatbread) Make Ahead: These flatbread are best served warm; they can be made up to 2 days ahead and stored in the fridge. Reheat them on a baking sheet in a 350F oven until warm, about 5 minutes. Ghee or Coconut Oil in This Recipe: We used KetoSports KetOil, which is a blend of organic coconut oil and grassfed organic ghee.
Nutrition Facts
Crispy Low Carb Indian Flatbread
Amount Per Serving
Calories 190 Calories from Fat 144
% Daily Value*
Fat 16g25%
Saturated Fat 10g63%
Cholesterol 38mg13%
Sodium 171mg7%
Potassium 25mg1%
Carbohydrates 8g3%
Fiber 5g21%
Protein 3g6%
Calcium 11mg1%
Iron 0.3mg2%
* Percent Daily Values are based on a 2000 calorie diet.
Course: Bread
Cuisine: Indian
Keyword: Low Carb Indian Flatbread
Tried this recipe?Mention @TheKetoQueens or tag #TheKetoQueens! 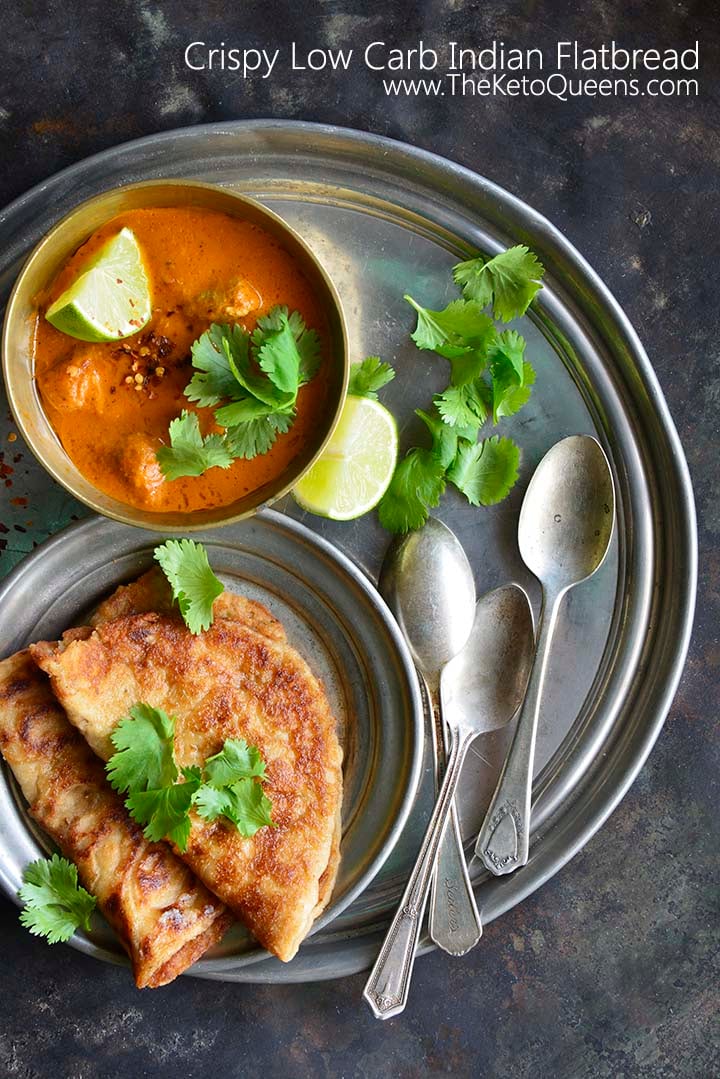 Disclosure: This post contains affiliate links to products we believe in, which means that even though it doesn’t cost you anything extra, The Keto Queens will receive a small amount of money from the sale of these items.

Whether you’re a keto newbie, already keto-adapted, or just keto-curious, you’re in the right place! Connect for keto lifestyle tips, informative tidbits, and of course tasty low carb and keto recipes that your whole family will love. 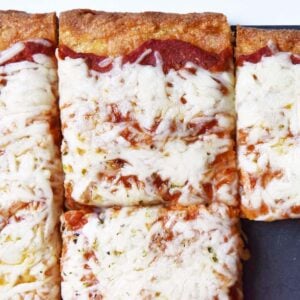 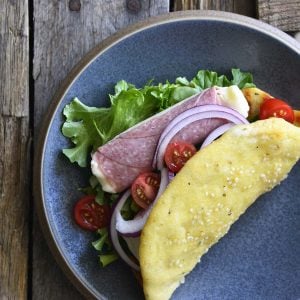 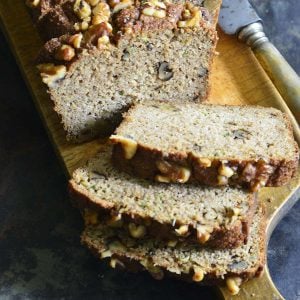 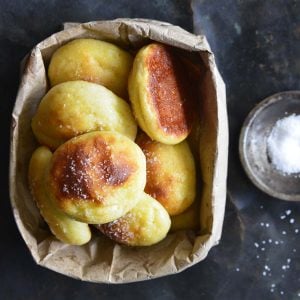