Louvre Museum – A Must-See in Paris! 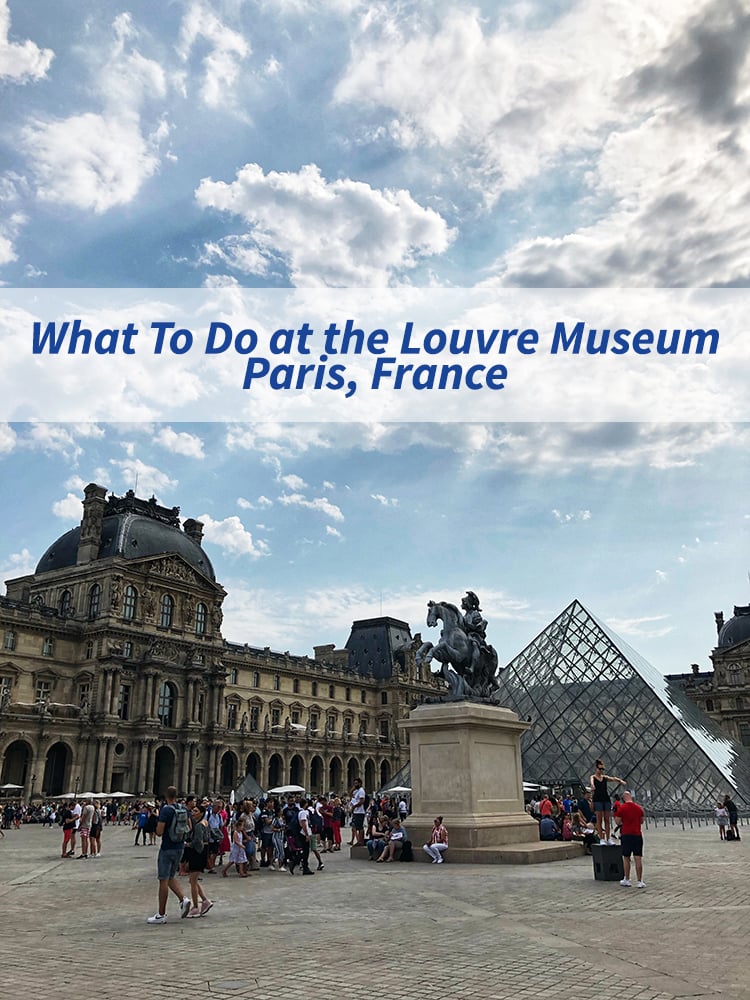 The Louvre in Paris, France is the world’s largest art museum and there’s so much to see, from the Louvre pyramids outside to the Mona Lisa inside. You’ll find rooms upon rooms of paintings, sculptures, artifacts, and more.

Established in 1793, this historical landmark is located on the Seine’s Right Bank in the first arrondissement of Paris. One of the things I love doing most in Paris is heading to the Louvre to spend a day exploring.

The museum is huge with so many different rooms, hallways, and stairwells, it’s easy to get lost. You could spend a week there and still not even see the tip of the iceberg in terms of what the museum has to offer! 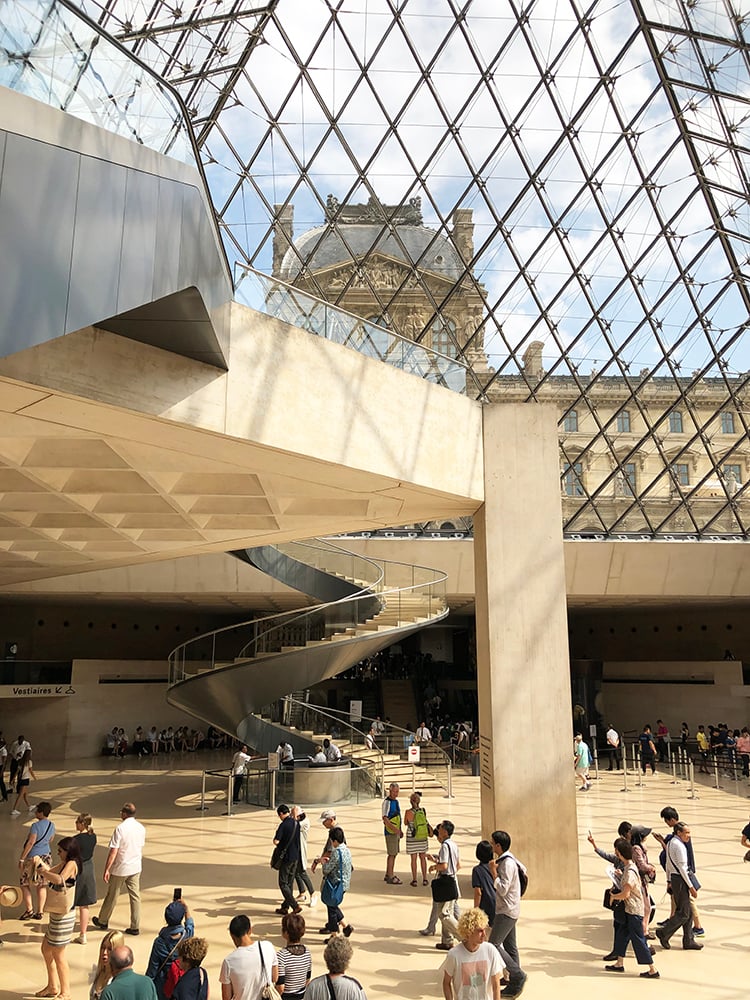 If you’re heading to the Louvre for the first time, it can be overwhelming. I’m going to share a few of my personal favorites with you. Pick and choose what to see based on your personal interests! 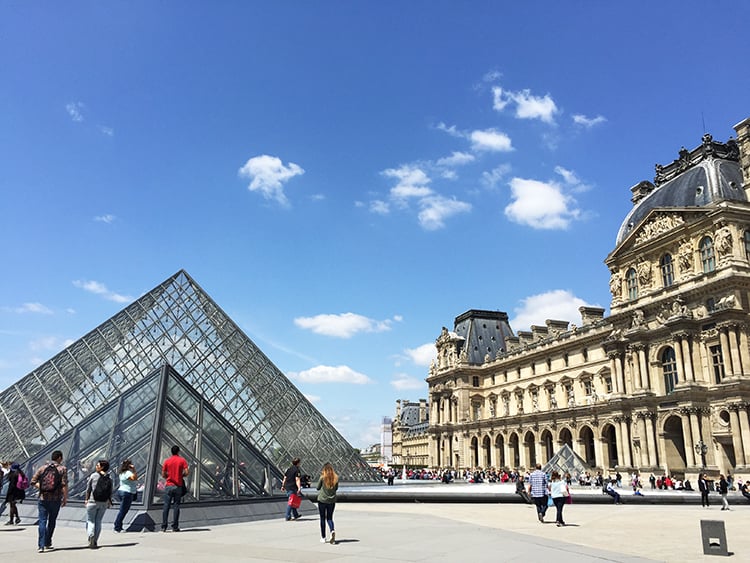 Even before you enter inside the Louvre, you’re immersed in art. There’s a large glass pyramid in the Louvre courtyard, which functions as the entrance to the museum. This main pyramid is surrounded by three smaller glass pyramids.

The fifth pyramid is an inverted pyramid, visible from inside underground when you use the carousel entrance to the museum. 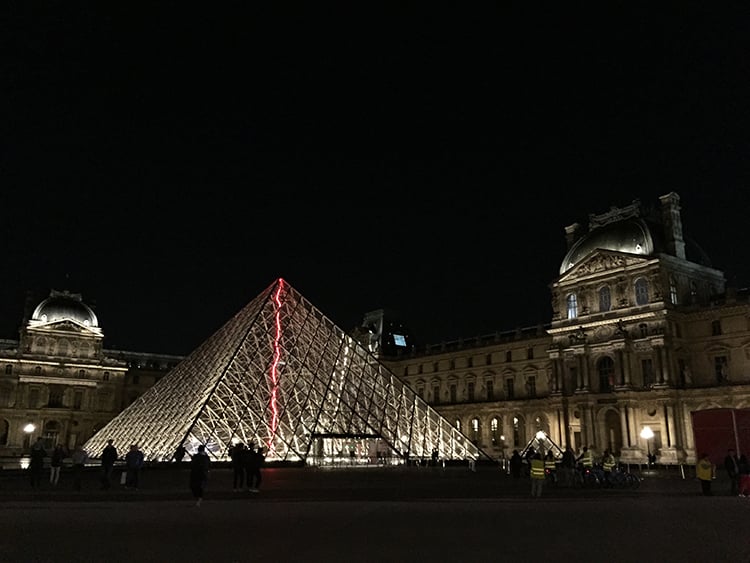 Above: The Louvre Pyramid is also beautiful at night! 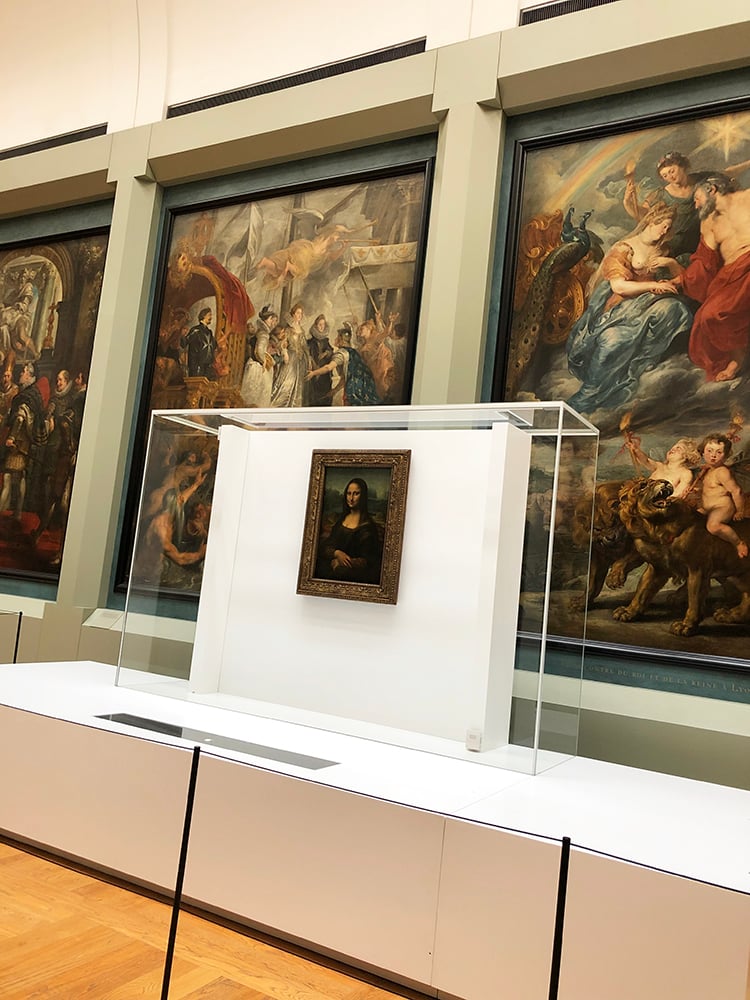 Let’s be honest; if you’re heading to the Louvre, the one painting you probably don’t want to miss is the Mona Lisa! It’s her mysterious, magical smile, right? 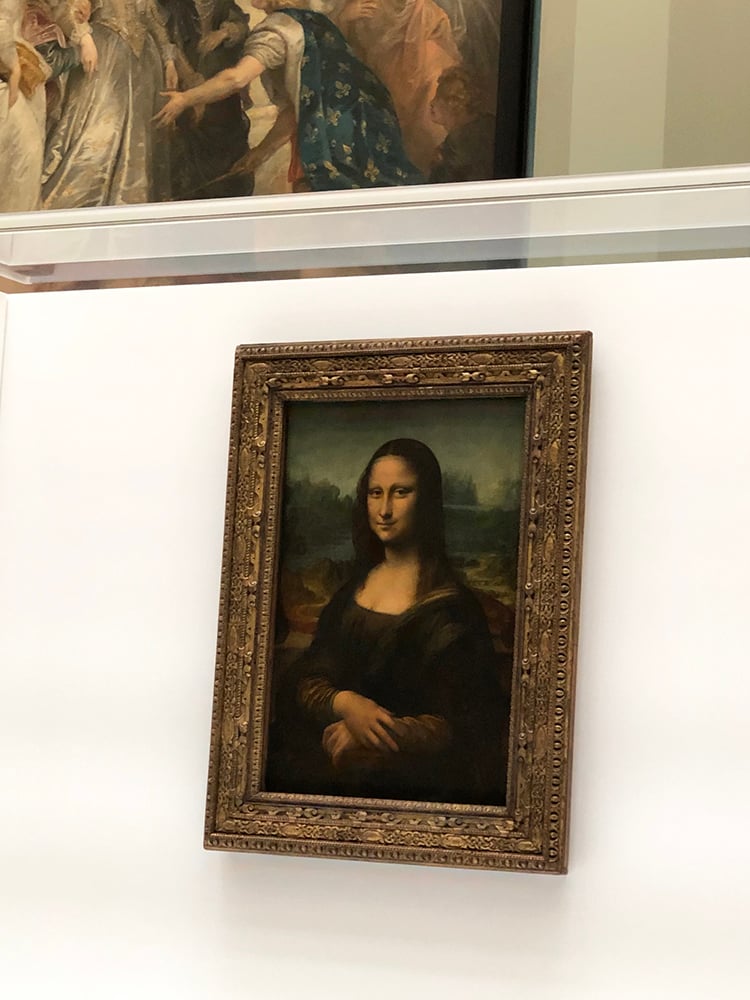 Known as La Giaconda in Italian and La Joconde in French, Leonardo da Vinci’s Mona Lisa is one of the most well-renowned pieces of art in the world. Painted during the Italian Renaissance, King Francis I of France acquired this painting and it’s been on permanent display at the Louvre Museum since 1797.

I’ve been to the Louvre twice and each time, the Mona Lisa was in a different part of the museum. However, there are lots of signs showing the way, or you can ask a museum employee where it’s located. 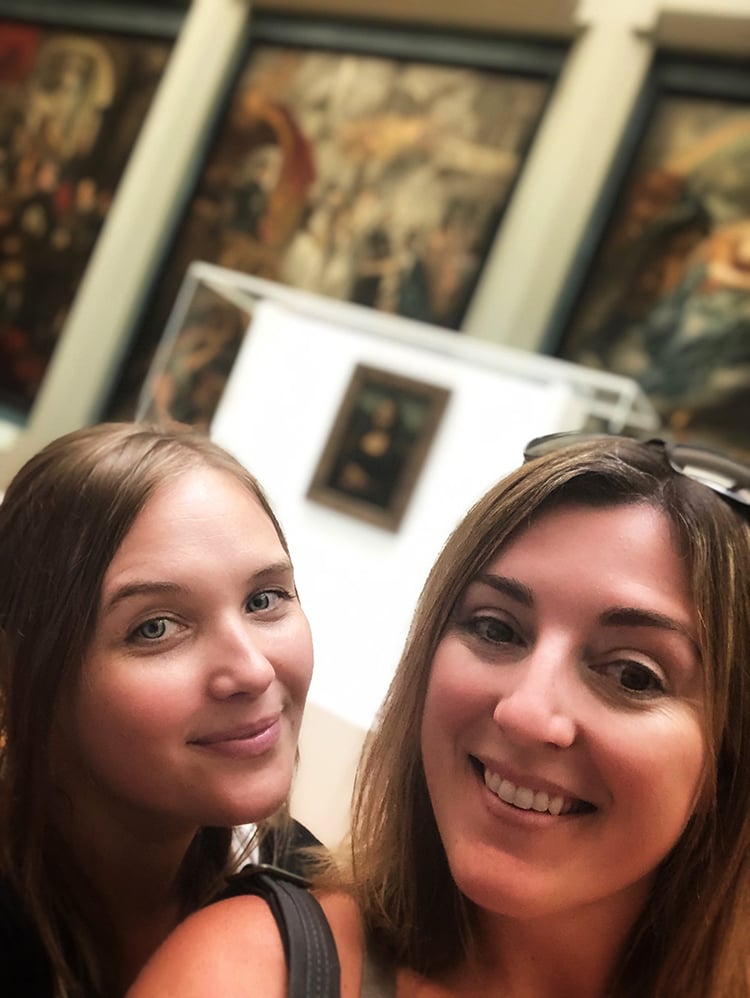 We couldn’t help but pose for a picture with the Mona Lisa!

Winged Victory of Samothrace the Louvre

Also known as the Nike of Samothrace, this marble sculpture of the goddess Nike was created during the 2nd century BC.

The sculptor is unknown, but it’s thought that Pythokritos of Lindos may have created this Hellenistic masterpiece. 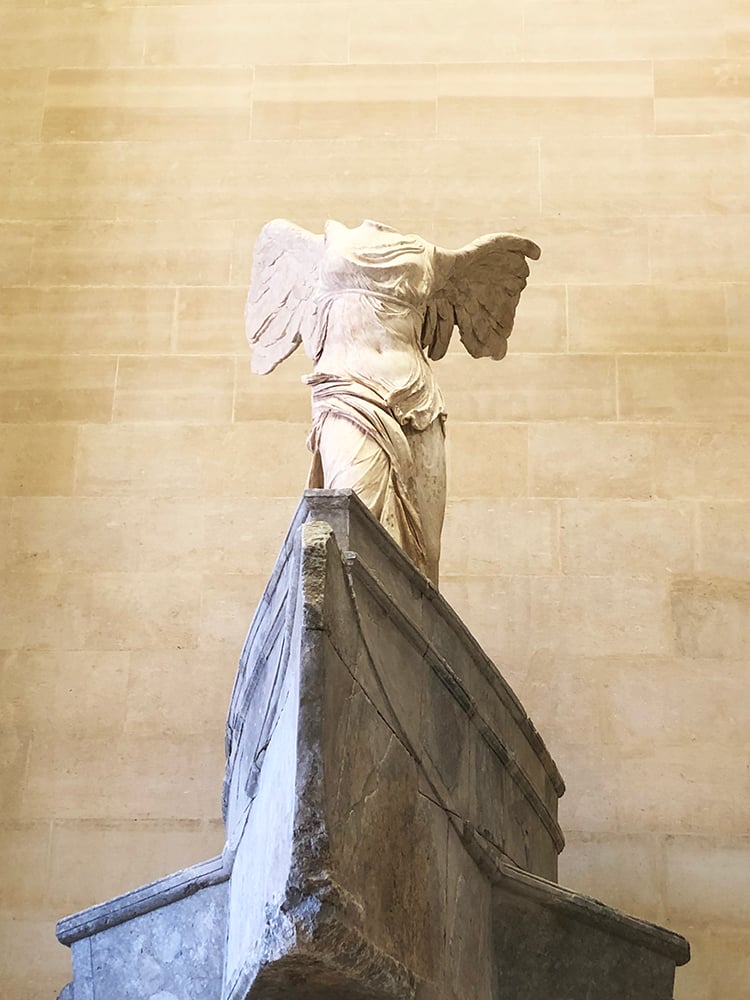 Here are a few more pieces of art from the Louvre, including more works from da Vinci, as well as Raphael and Poussin.

I also included the informational placard for each piece of art. 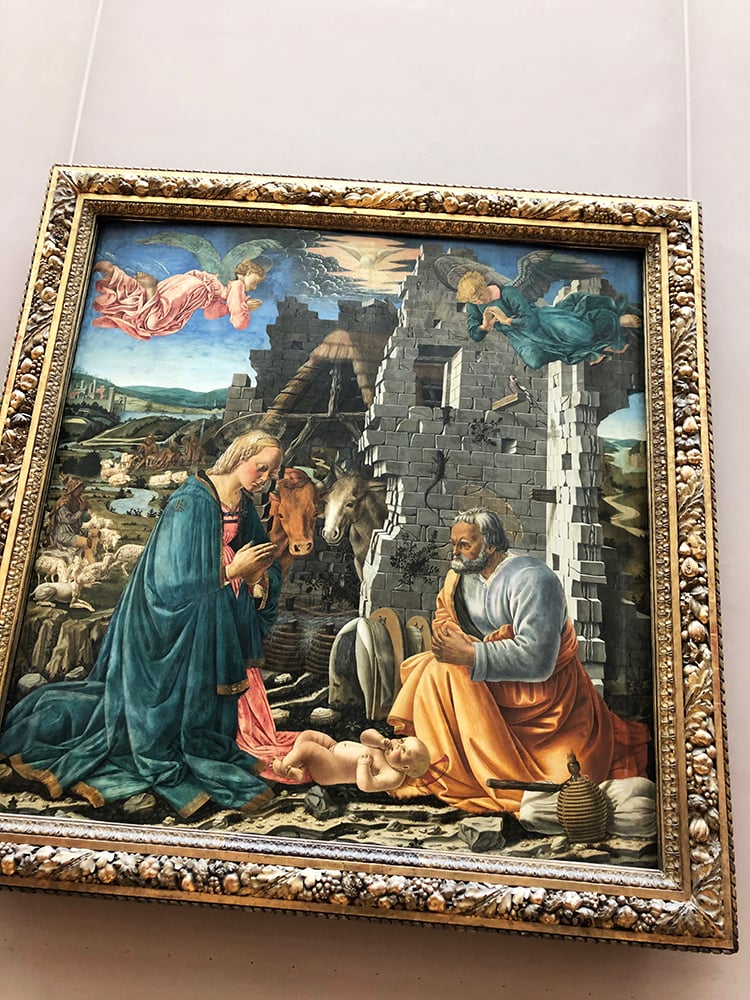 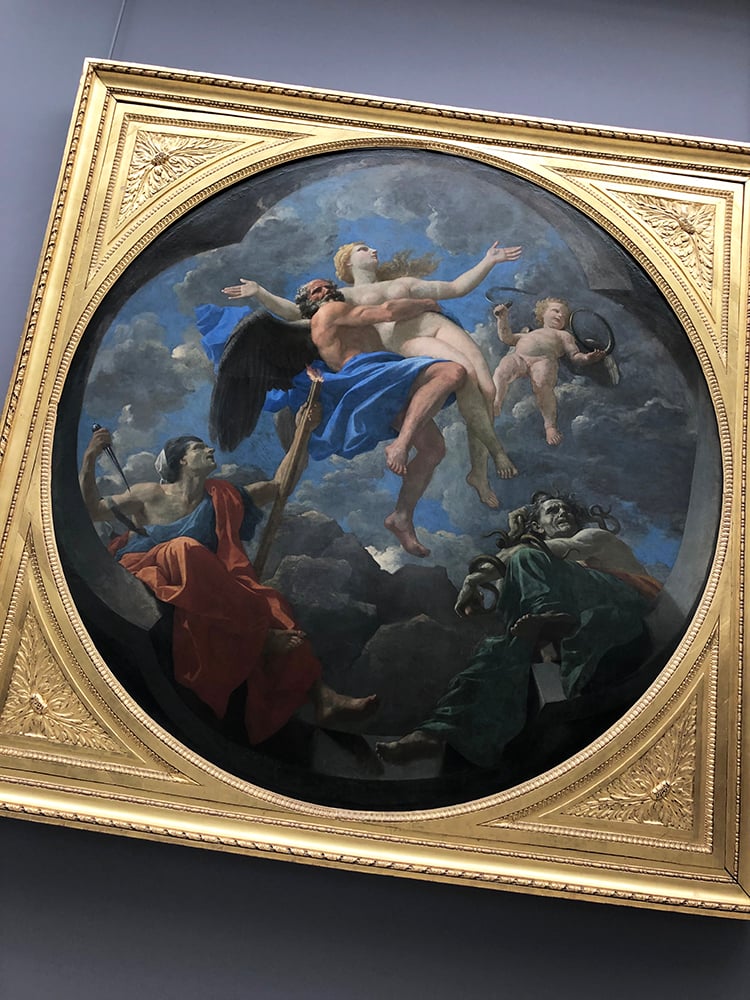 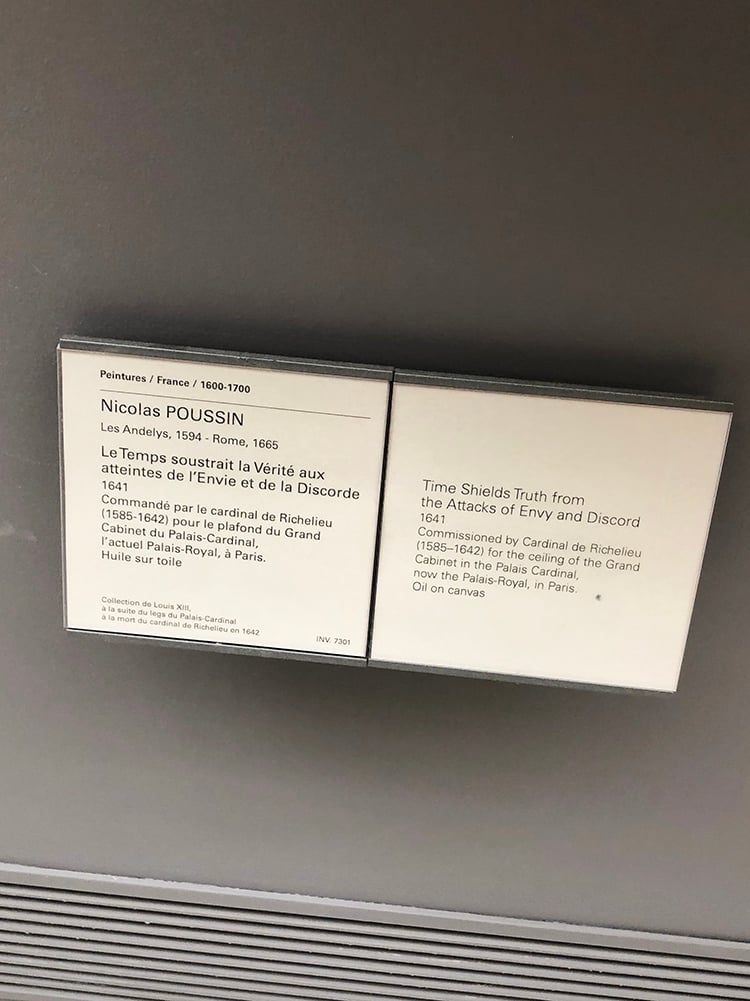 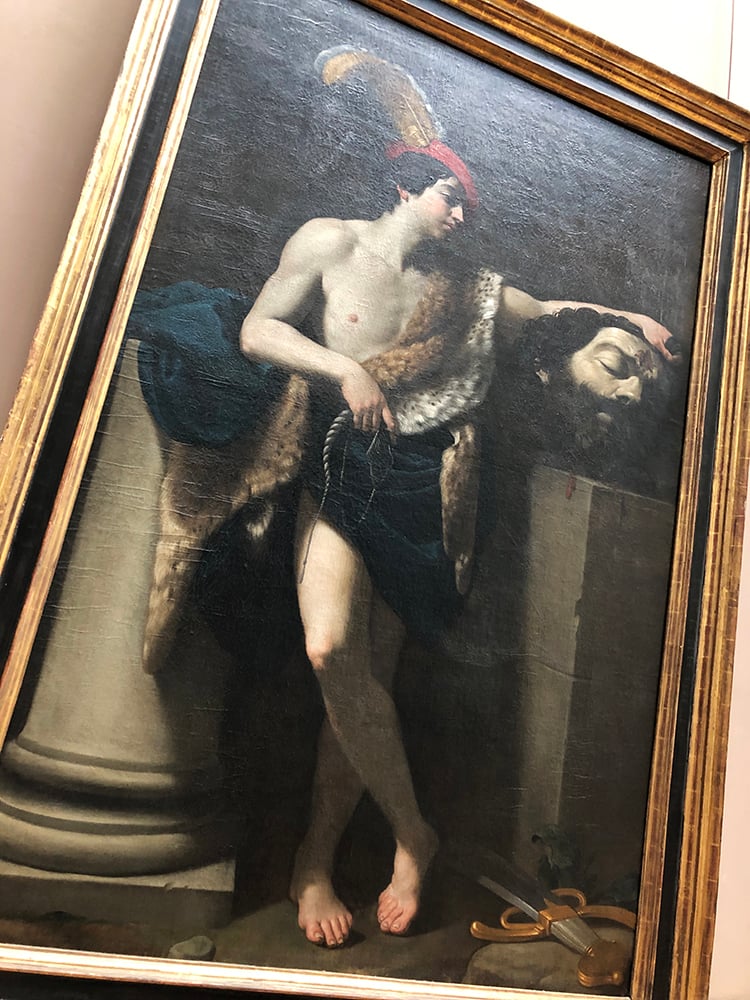 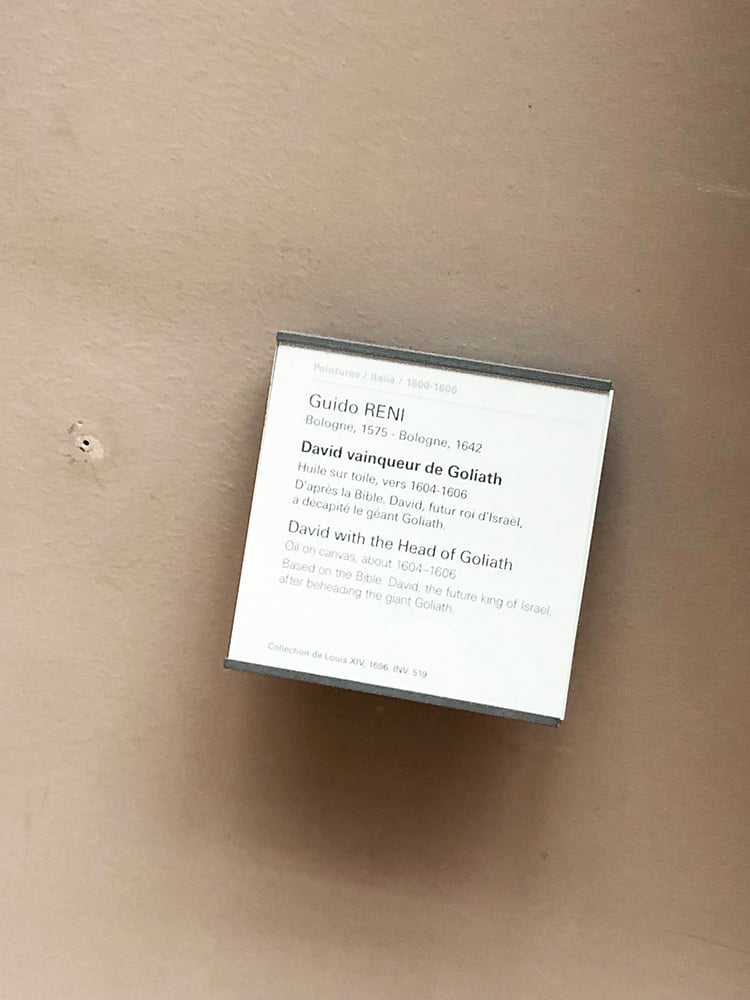 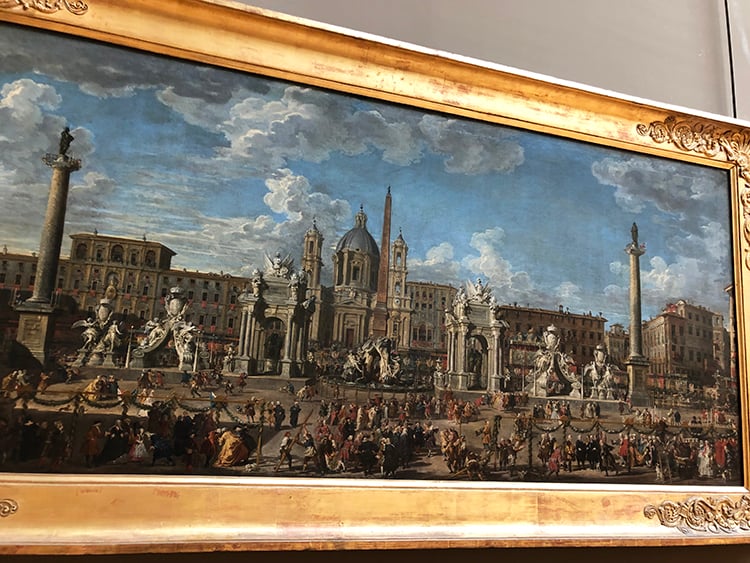 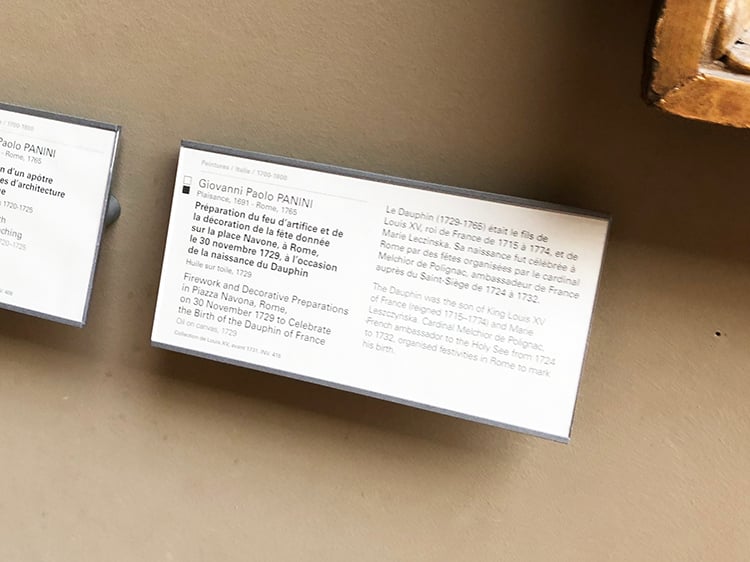 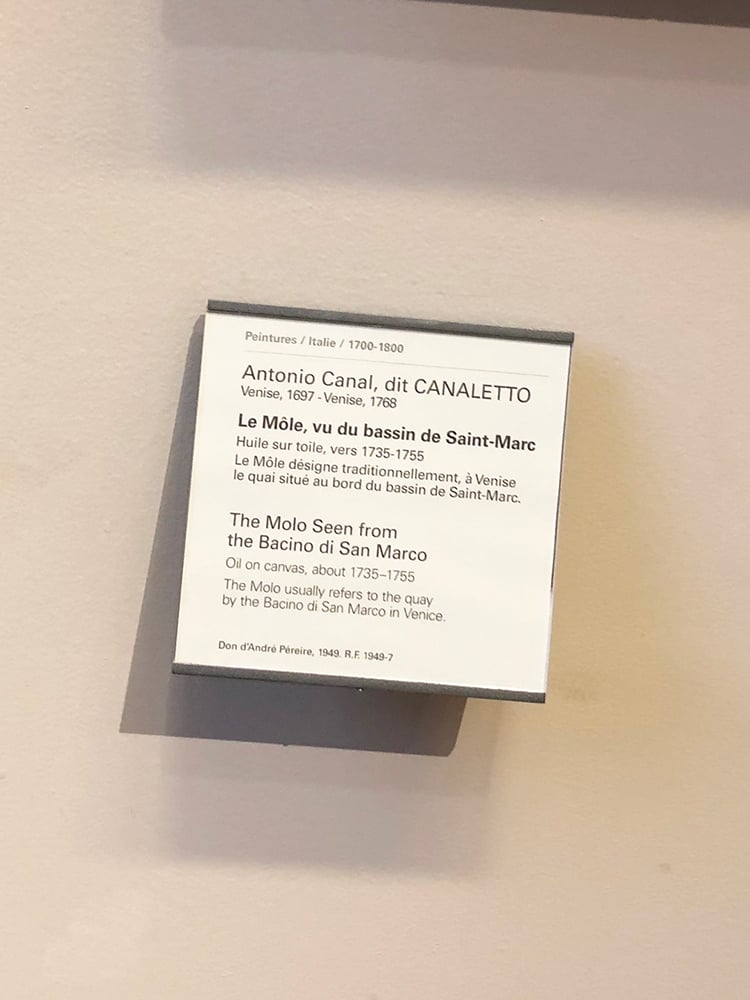 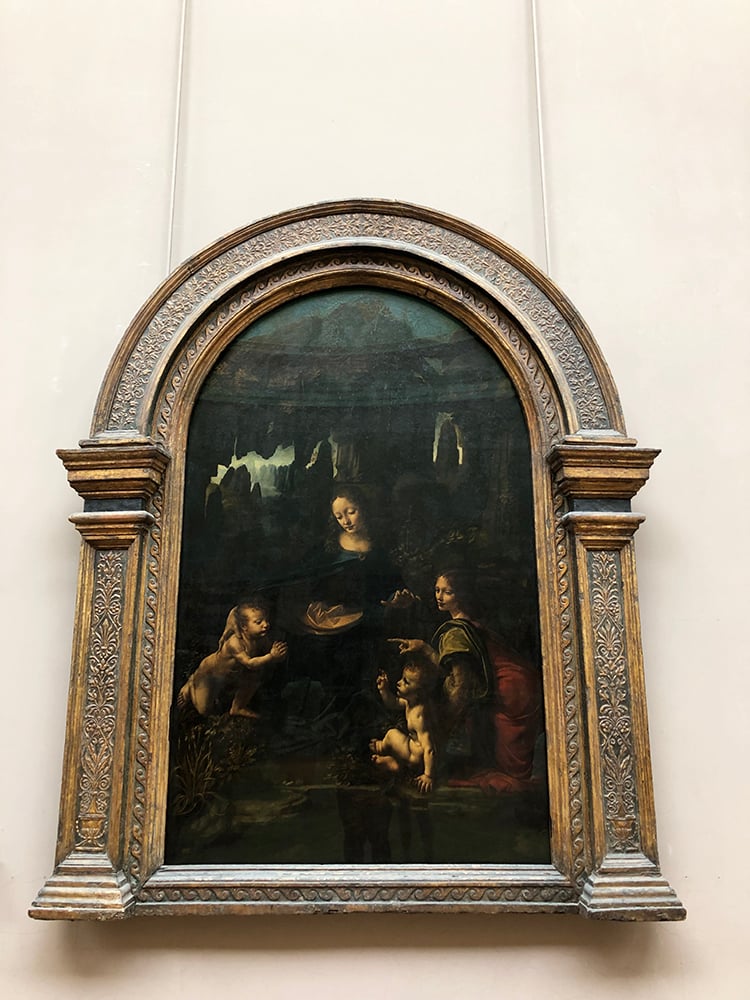 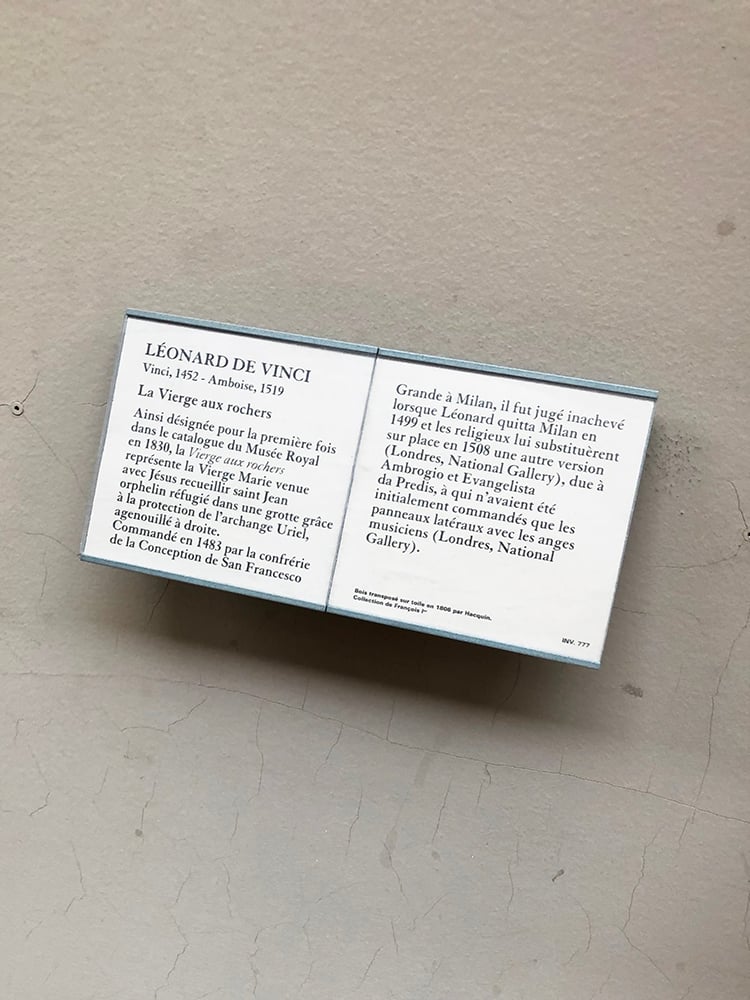 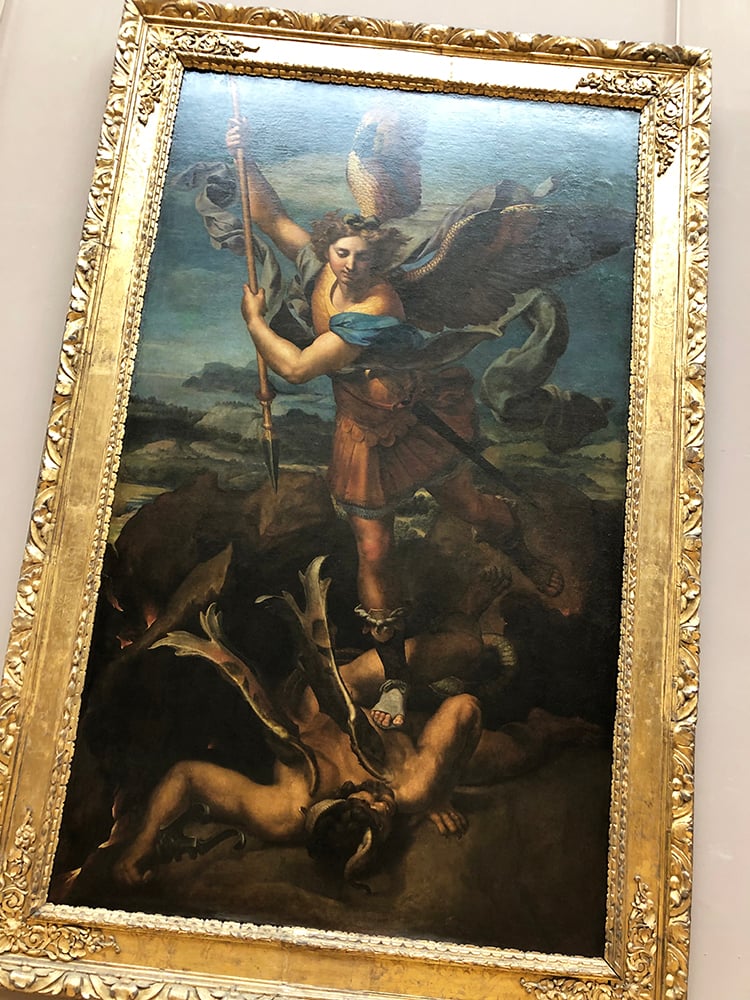 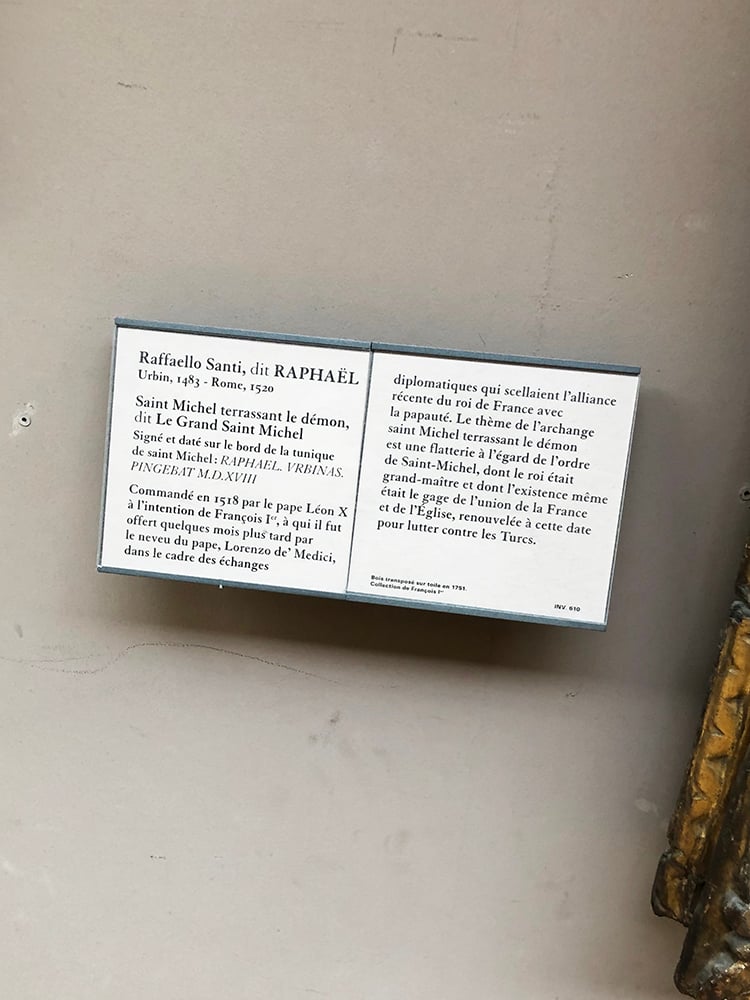 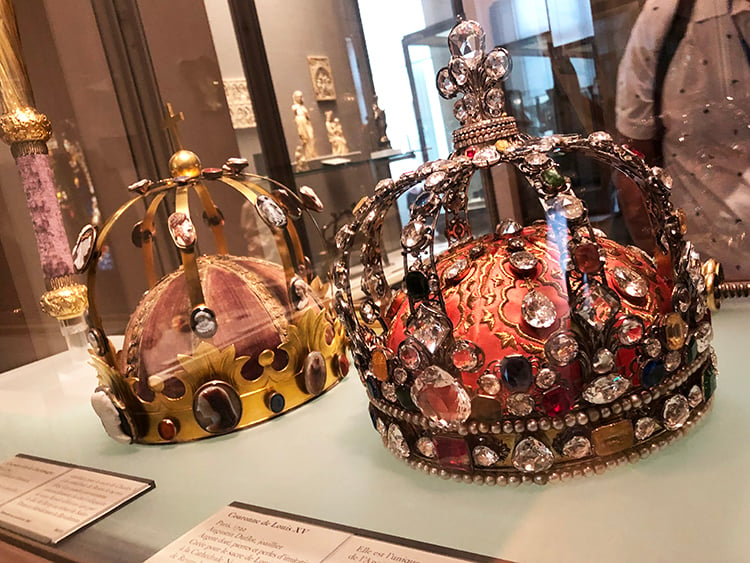 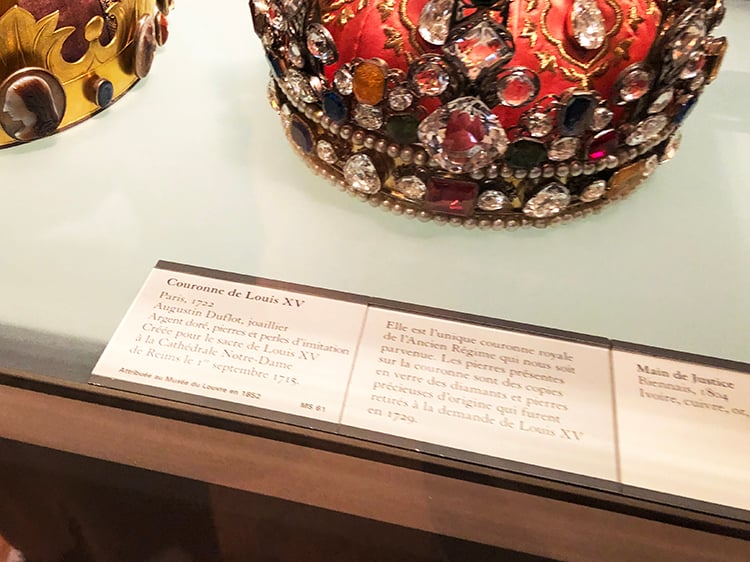 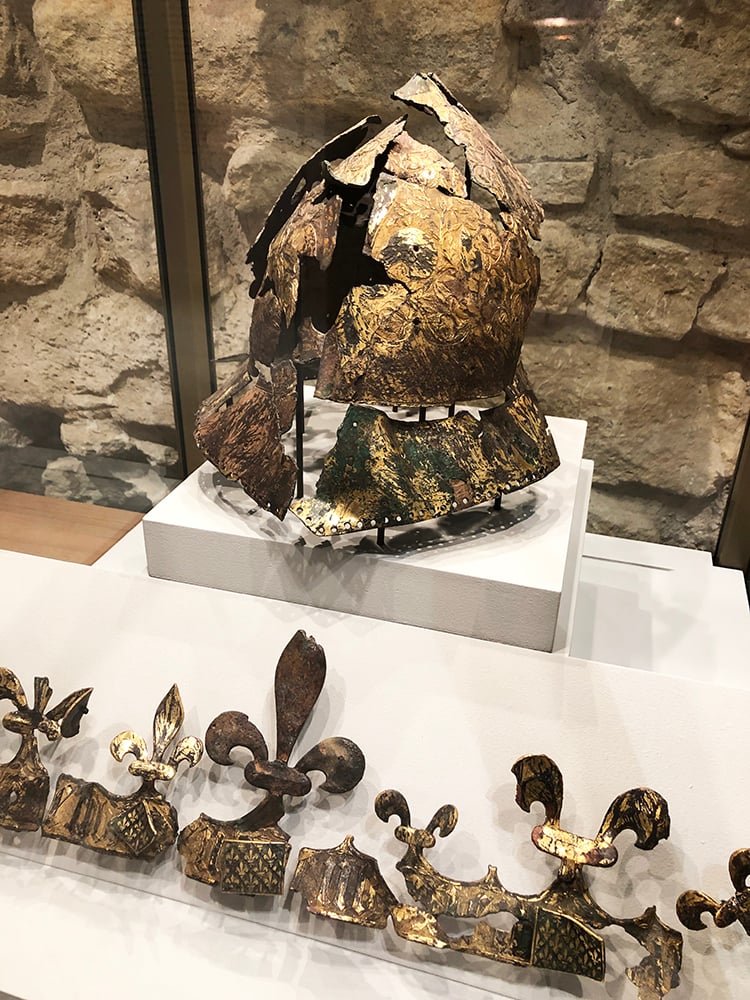 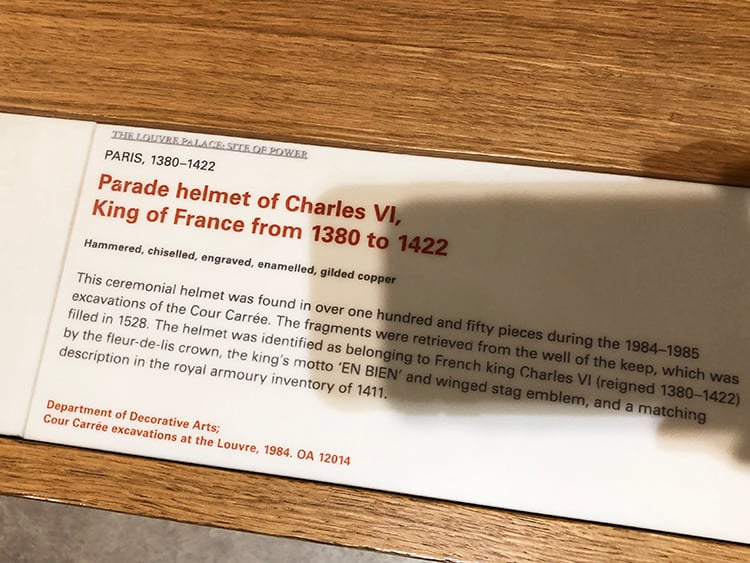 To avoid what is usually a very long ticket line at the museum, I recommend purchasing tickets for the Louvre online. Here is the website for the Official Ticketing Service.

More Stuff You Don’t Want to Miss if You’re Traveling to Paris: 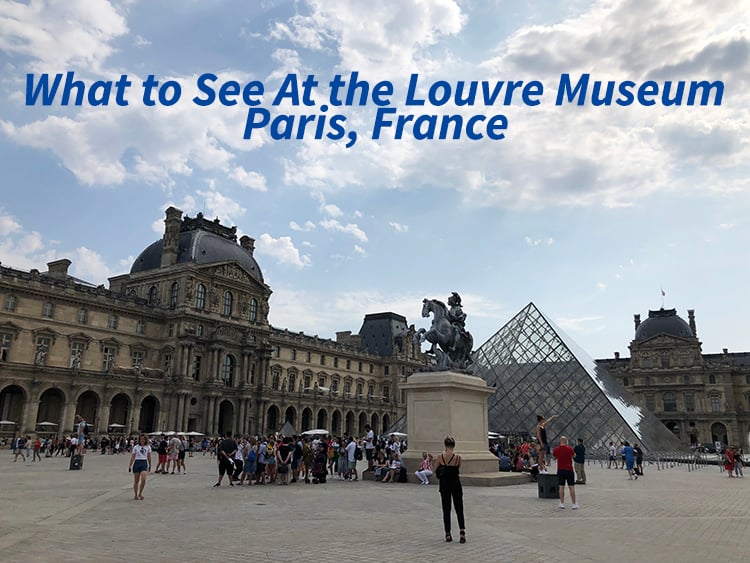