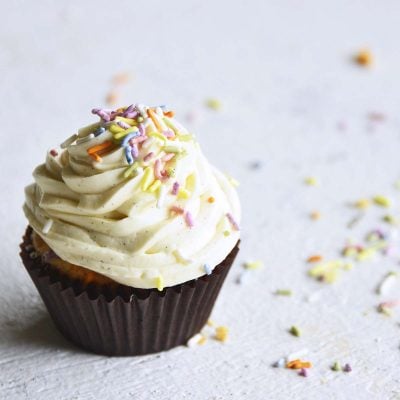 Posted on May 15, 2020 By Lara
Jump to RecipePrint Recipe 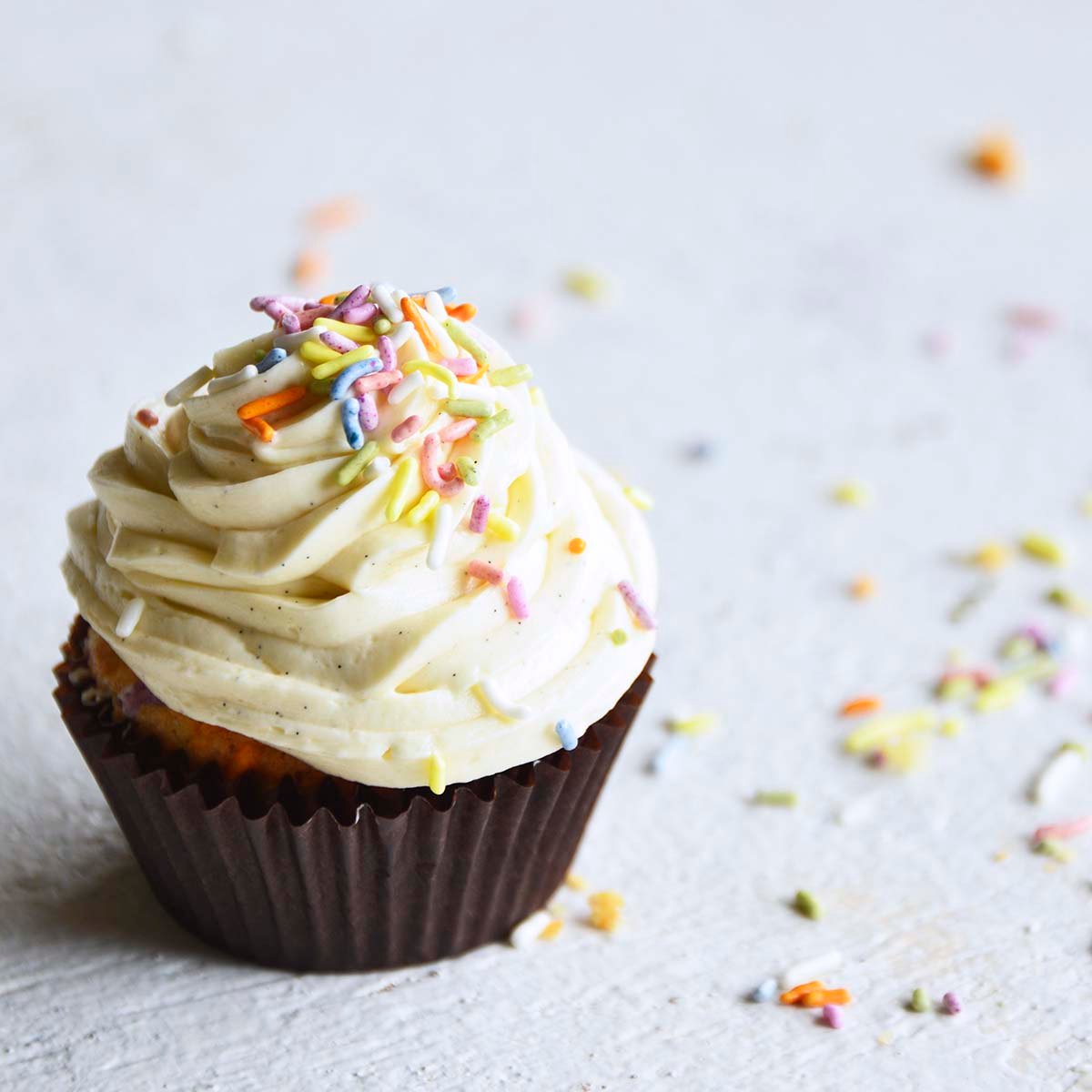 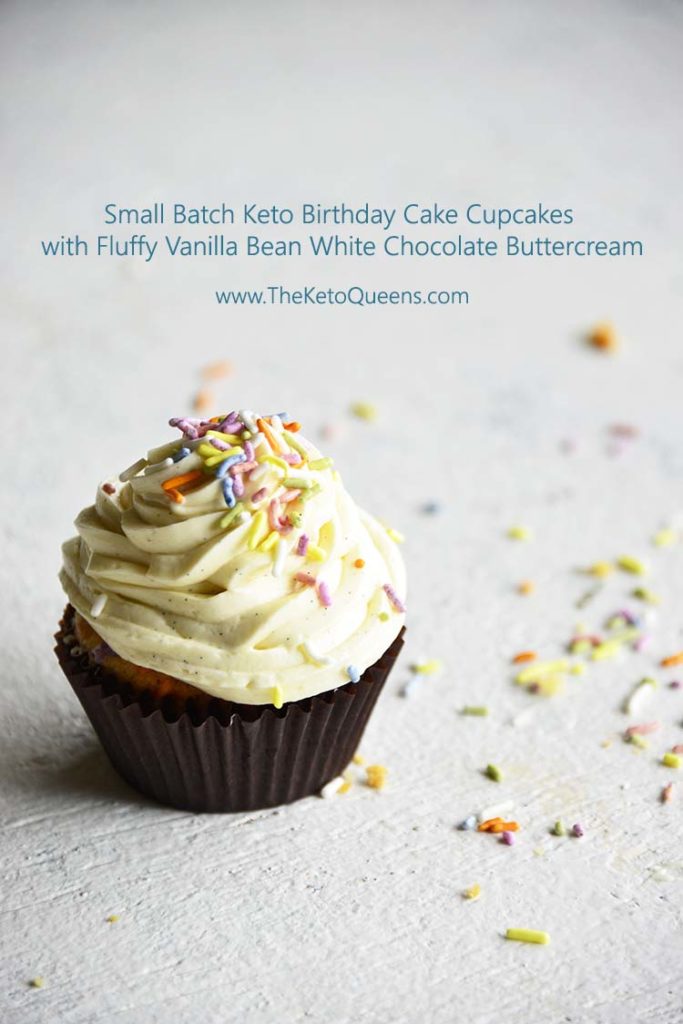 Our keto white chocolate buttercream! This is the best buttercream frosting, and it pairs fabulously with our low carb birthday cake cupcakes to create a keto-lover’s dream dessert. 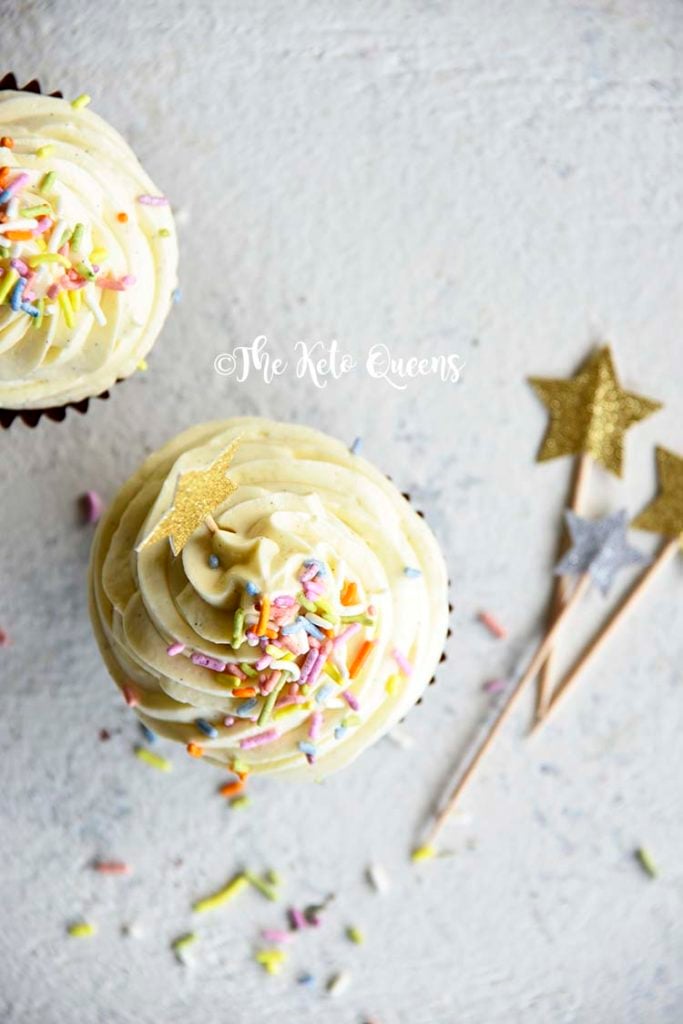 What are the four types of buttercream?

The four main types of buttercream include American, French, Italian, and Swiss. From rich and sweet to light and subtle, each type of buttercream frosting recipe brings something new to the table. Some bakers would add German and flour buttercream to this list, but these are the four most popular types.

This easy buttercream frosting is a staple, with flavors and textures described as rich, creamy, sweet, and fluffy. American buttercream is the easiest to make of the four different types.  A standard (non-keto) American buttercream recipe typically involves whipping together butter, powdered sugar, cream, and vanilla.

French buttercream – is this a thing? 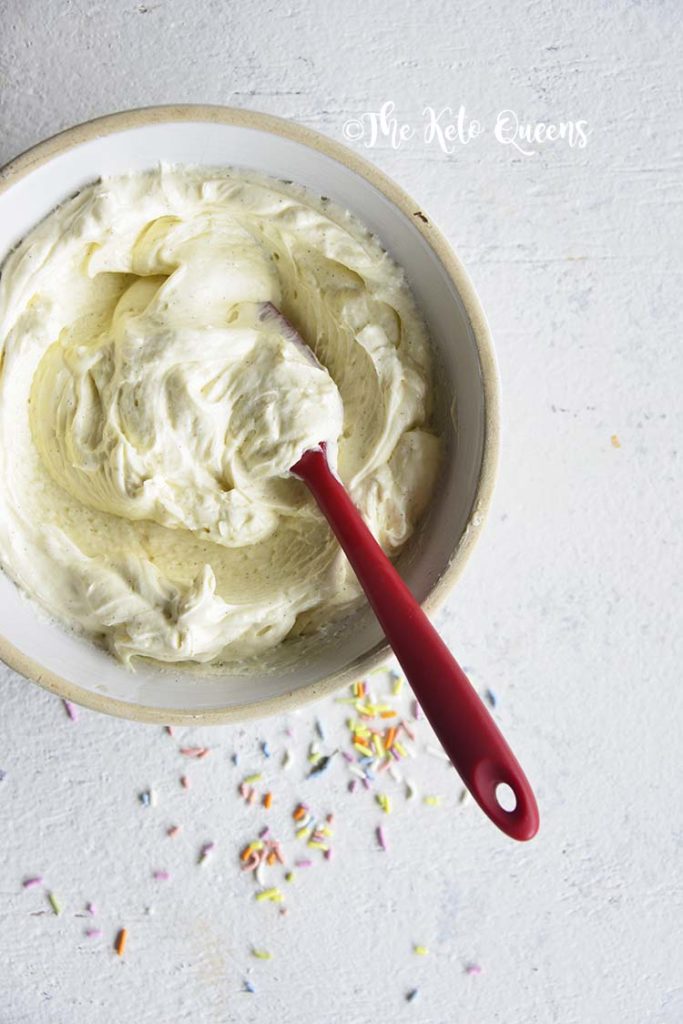 How to make buttercream

To make our keto buttercream frosting, first melt together cacao butter and unsalted butter in a double boiler or in the microwave.

Next, stir in Swerve Confectioners, vanilla bean paste, almond extract, liquid stevia, and salt. Then, gradually beat in cream until it reaches your desired consistency.

Briefly chill the frosting in the fridge (about 30 minutes), beat it again, and then frost cooled cupcakes.

What is the difference between icing and buttercream?

Icing consists of mixing powdered sugar with a liquid (typically milk or water). The primary difference between icing and buttercream is… butter! When making buttercream, butter and cream (shocking) are incorporated into the icing/frosting recipe. 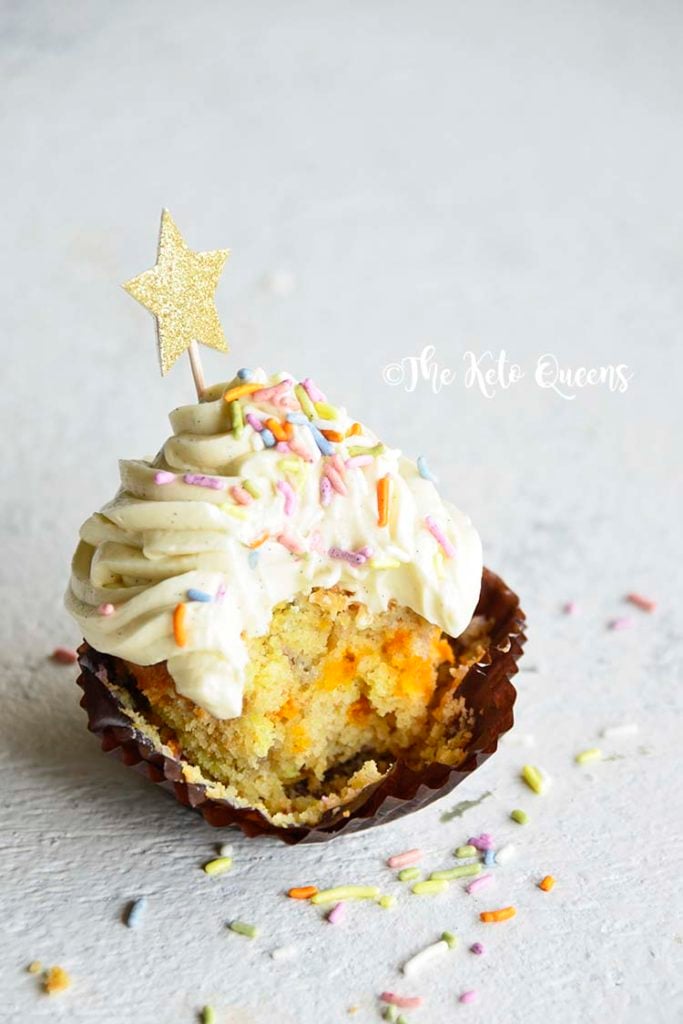 Does buttercream frosting have to be refrigerated?

Any buttercream frosting recipe that contains milk, cream, or eggs should be refrigerated. This basically means that most buttercream should be kept in the fridge.

Refrigerating the frosting will also help it to keep a firm shape, but should be served at room temperature when frosted onto a cake or cupcakes for favorable texture and flavor. 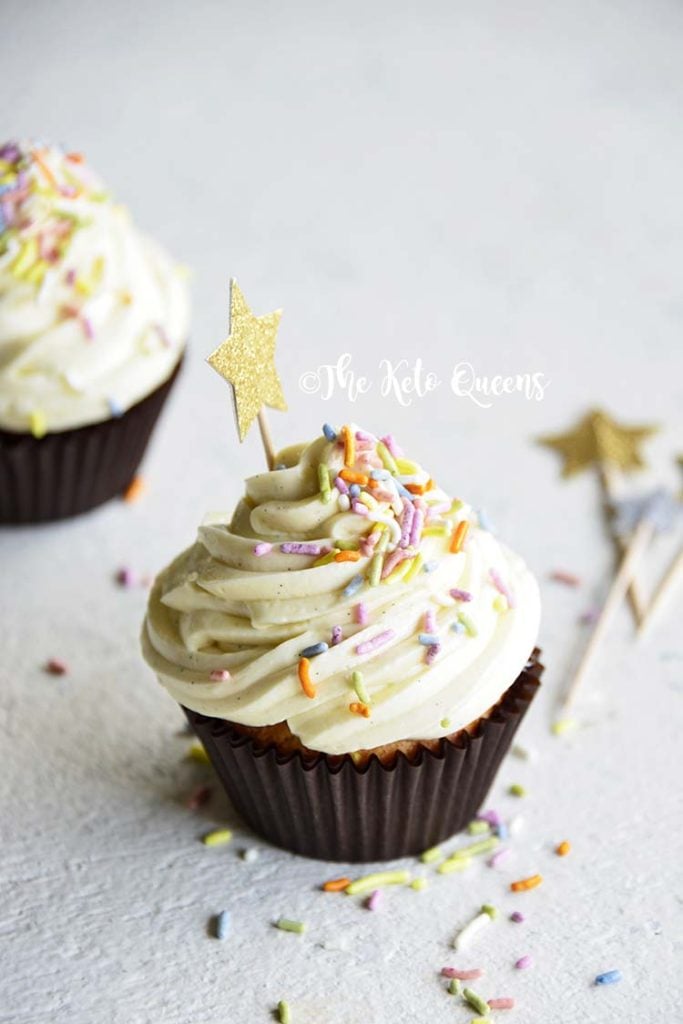 It is difficult to say who developed the first buttercream recipe. It is thought that buttercream frosting was developed and often used on cupcakes beginning in the 1950’s.

Try these other yummy keto cupcake and dessert recipes! 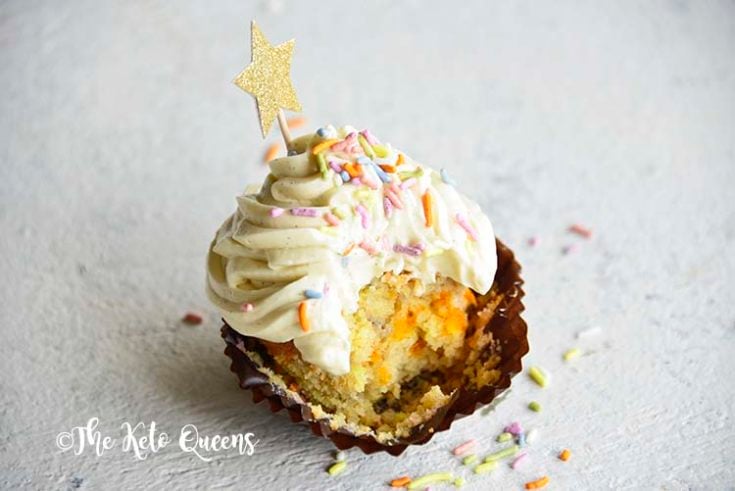 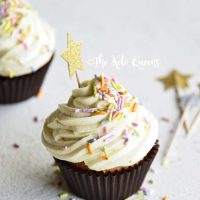 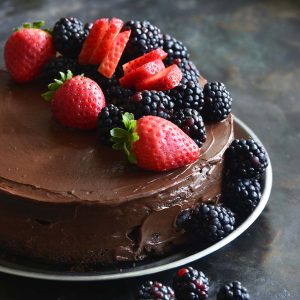